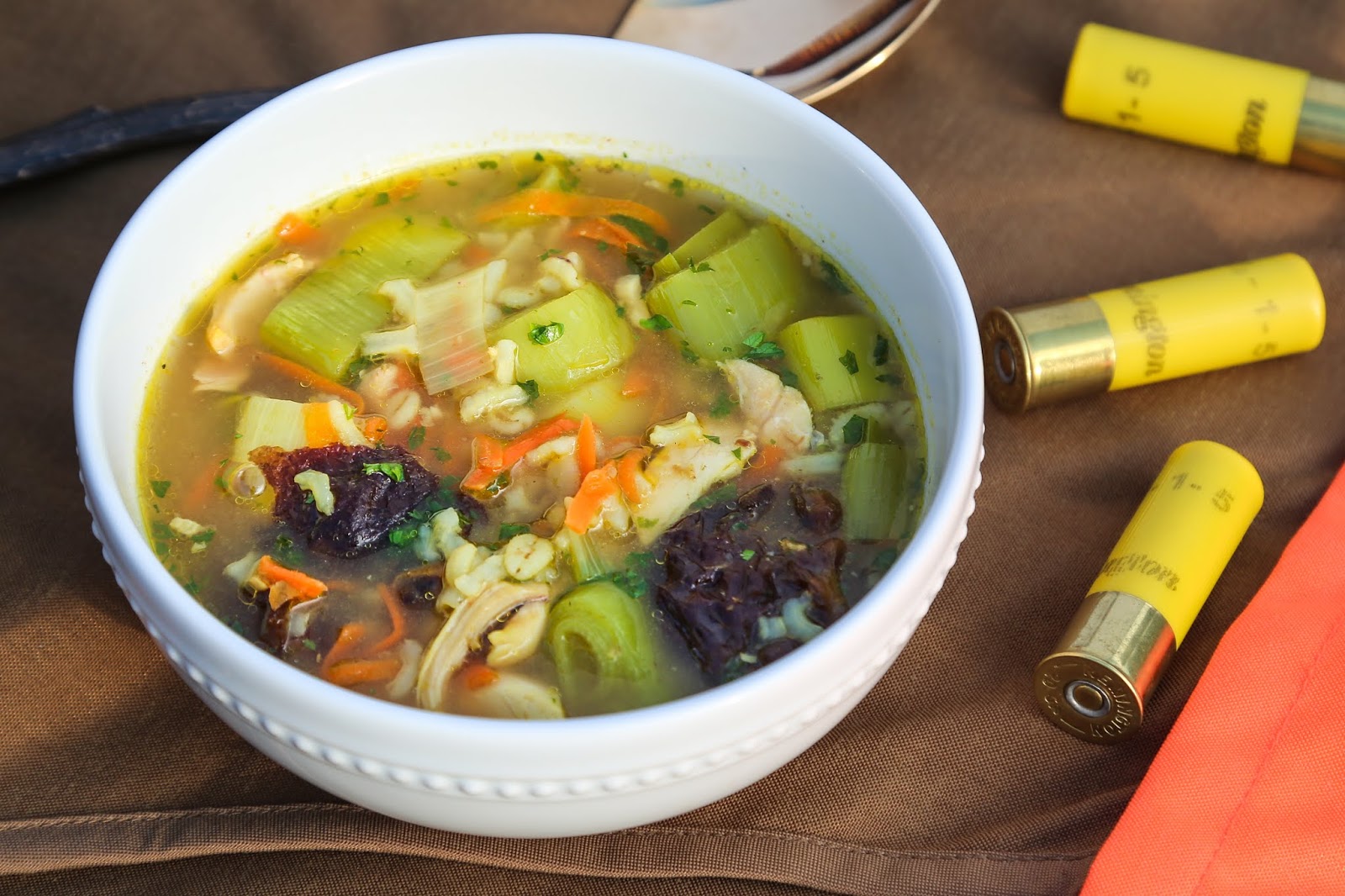 Considered Scotland’s “national soup,” the first recipe for cock-a-leekie soup was printed in 1598, though it wasn’t called “cock-a-leekie” until the 18th century. Made with savory chicken stock, tender leeks, pitted prunes and thickened with rice, this is the Scottish version of chicken and rice soup.

I tasted this heartwarming soup for the first time at The Coach House Coffee Shop in Luss, located just a few paces from the shores of Loch Lomond. It had been raining, and after days of eating heavily portioned – albeit delicious – Scottish breakfasts, a light lunch of cock-a-leekie soup, brown bread and butter really hit the spot. I am always looking for new ways to cook wild game, and I thought about how perfect this soup would be with pheasant.

For the stock, I used the carcass of a pheasant that I had roasted earlier in the week and the carcass from a chicken that my husband smoked a few days later. You can use all pheasant bones for this dish if you have it, but I was short on pheasant and the chicken carcass did have a good deal of leftover skin that would render out and make the stock richer. Modern recipes omit prunes, but traditionalists still add it to their dish. I added it here, and thought that it imparted a nice sweetness to the broth. Try this recipe the next time you have a few pheasant carcasses that you don’t have plans for. This is a great recipe for fall and wintertime.