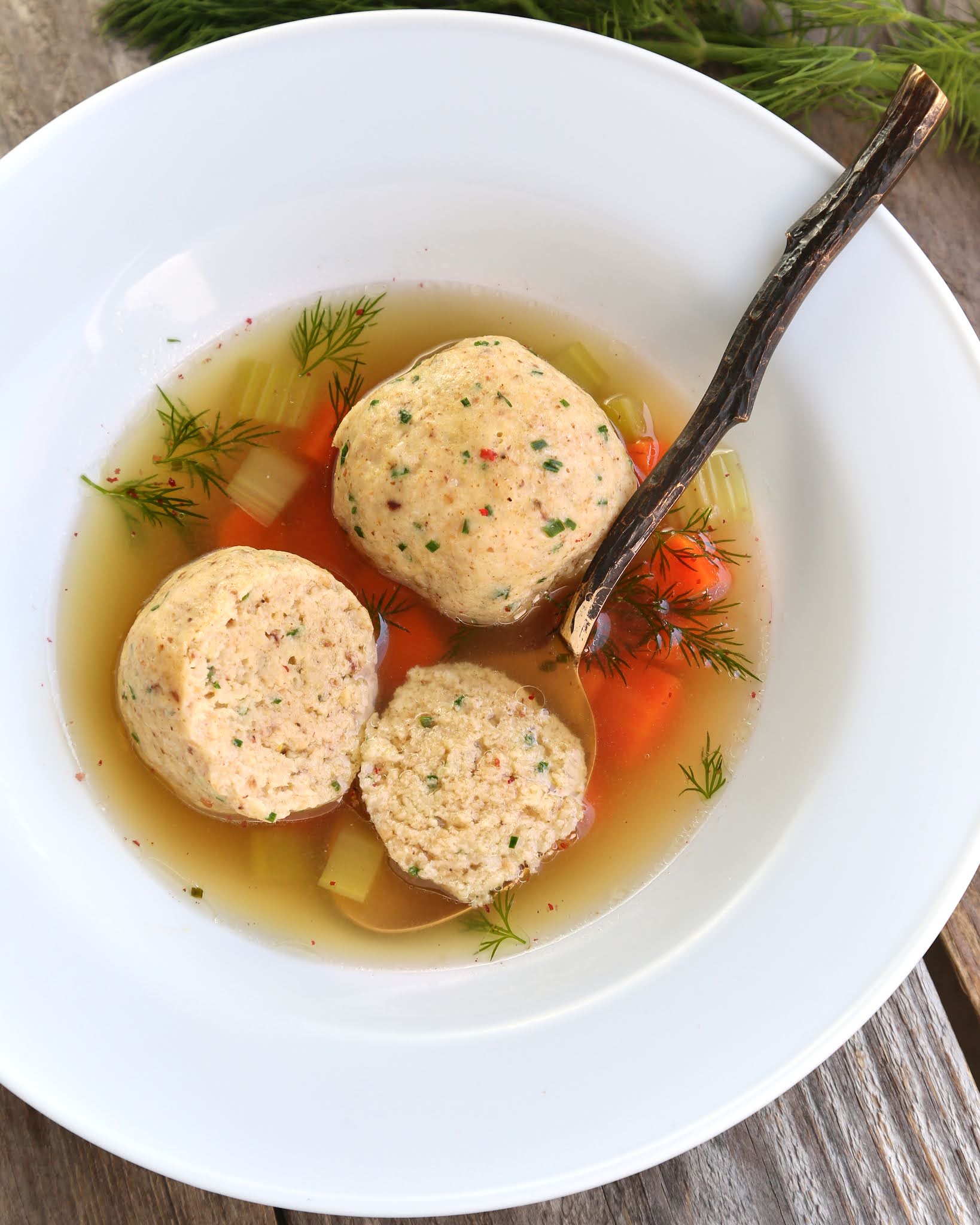 Passover is upon us, and although I'm nowhere near being Jewish, I am an enthusiastic matzo ball soup lover. For a non-meat ball that's made of mostly unleavened bread, called matzo meal, the texture is surprisingly satisfying and "meaty." And the chicken stock that the balls are traditionally served in is deliciously savory, rich and aromatic. Because this soup is fairly simple, the texture of the matzo balls and the flavor of the broth are critical. This is one of my favorite soups, one that I could enjoy year round.

Obviously, my wild game matzo ball soup recipe isn't kosher by any means – I make it because I like it. The broth is made with two whole pheasants, tons of aromatic herbs and instead of using chicken fat in the matzo ball mixture,  called "schmaltz" in Jewish cooking, I used rendered duck fat. In an attempt to stay true to the original dish, I did not add the pheasant meat back into the soup. I saved it for something else, but you can certainly add it back into your recipe to make a heartier soup. I thought the meat took away from the matzo balls, which should be front and center.

I referenced Alison Roman's recipe in the New York Times. You can find Alison's recipe here, which is a great one: https://cooking.nytimes.com/recipes/1020955-matzo-ball-soup-with-celery-and-dill

Give yourself some time to make this soup, preferably a day ahead. The matzo ball mixture needs to rest before forming and cooking – at least 2 hours and up to 24. 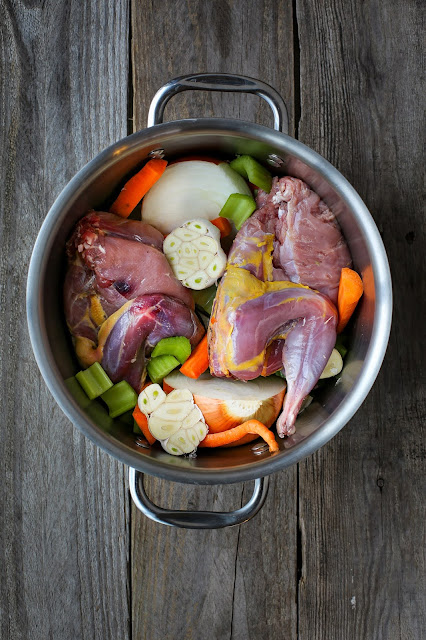 1. Add pheasant stock ingredients to a stock pot, bring to a boil and then back down to a simmer for 2 hours, or until pheasant becomes tender. Pick meat off the bones and save that meat for something else. Return the bones back to the pot and simmer longer – however much time you have – for more flavor; replace evaporated water as needed. Then strain stock, discard solids and keep warm OR allow to cool and refrigerate until you're ready to complete the soup.

I suggest preparing the pheasant stock a day ahead, which will also give the matzo ball mixture time to rest in the refrigerator. 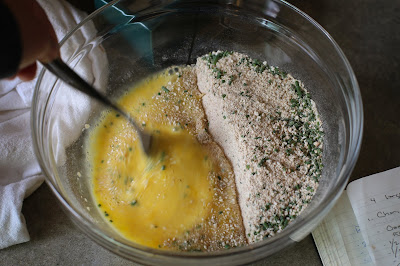 2. In a mixing bowl, combine matzo meal, minced chive and 1 3/4 teaspoon of Kosher salt. Push that mixture to one side and add eggs to the empty side of the bowl. Beat eggs with a fork and then gradually incorporate the matzo meal mixture into the egg. 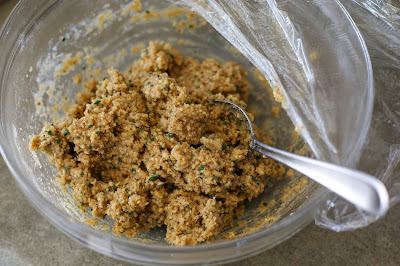 Then mix in room temperature duck fat and club soda until there are no lumps. Cover and refrigerate for at least 2 hours and up to 24 hours.

3. When you're ready to complete the soup, reheat pheasant stock if needed. Add 2 diced carrots and 1 diced celery and cook until tender. 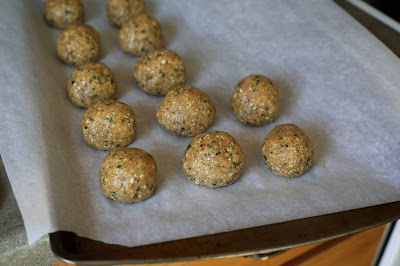 4. To cook the matzo balls, bring a pot of water to a boil. Meanwhile, form cold matzo ball mixture into ping-pong-size balls – you should get about 24. I placed them on a cookie sheet lined with parchment paper. 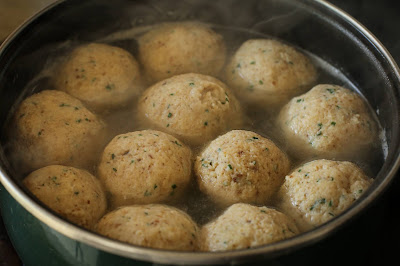 5. Drop the matzo balls into the boiling water and cook for about 12 minutes or until fully cooked – split one open to see. Cooked balls should float, look puffy and feel uniformly cooked throughout. Do not crowd the pot – I cooked the balls in batches, adding cooked matzo balls into the heated pheasant stock as I went along. 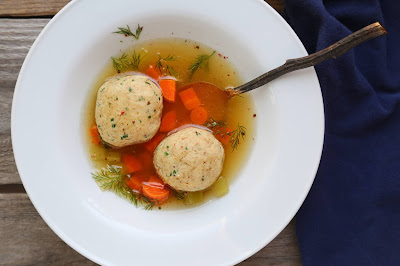 6. When carrots and celery are tender, season soup to taste. Ladle cooked matzo balls and stock into bowls, and garnish with freshly chopped dill and cracked pepper.