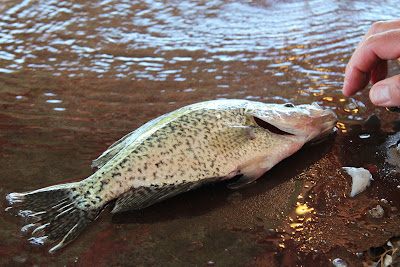 It's June and our venison supplies are running dangerously low. Rick and I decided to get fishing licenses this year in order to supplement our food stores for this blog, at least until we fly back to Nebraska this fall. As a matter of fact, we just booked our flight last week. November 8th to 17th!
In his younger days, Rick used to fish a whole lot, but hasn't done it for some time now. Since his nephew just bought a house by a lake, we figured we'd be doing a lot more fishing anyway. 16 bucks for a one day license, or 50 for the rest of the year? Yeah, you do the math. 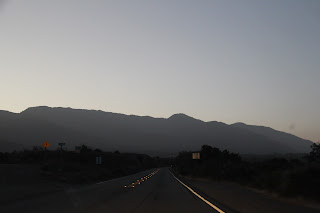 So this past Friday, we got up in the dark, packed our fishing rods and headed south to San Diego, which was 2 hours away. And if you knew me, you'd know that I hate getting up early. I'm not a morning person at all. But I will get up for fishing. I was so excited that I couldn't sleep a wink-- literally! So I just ended up feeling really sick in the car.  Boo hoo. 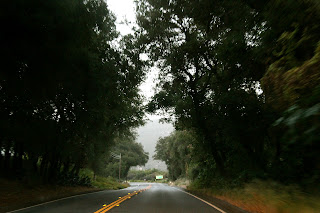 But as we climbed deeper and deeper into the hills, I began to feel a little better. The sun peeped over the hills, lifting my spirits and launching my curiosity for what lived inside the woods. I no longer felt as haggard as early that morning. To my pleasant surprise, I saw wild turkey standing beside the road, watching us as we passed by. If turkey had thumbs, we would've stopped to let them hop in. 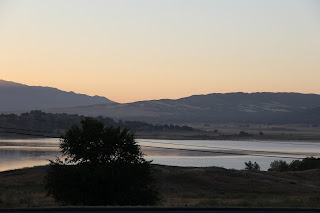 Finally, we made it to Lake Henshaw, just before 6 AM. Rick said that the most beautiful time of the day was the morning, with the sun just highlighting the rolling of the hills, which casted soft, dim shadows across the waking water. 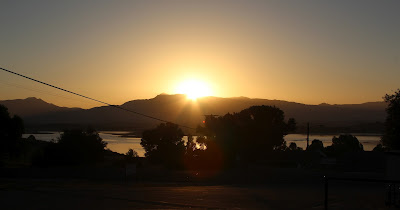 That day, I agreed with him. 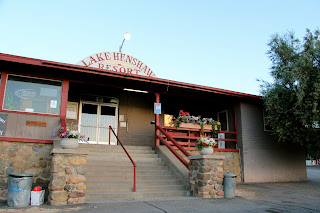 Lo and behold, Lake Henshaw's office. We were hoping to get there early enough for catfish, which we did. But the lady who was supposed to open up shop never showed up. They had to send someone else, who had not worked the cash register for years. There was a line. Rick remembers those windows, where he used to look out as a kid. He's been going to Lake Henshaw with his family for years. 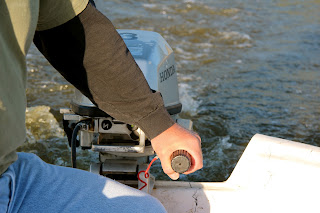 Finally, we made it! For just $35 dollars, you can rent one of Lake Henshaw's motor boats and take it out all day. That's the best deal you're going to ever find in Southern California. 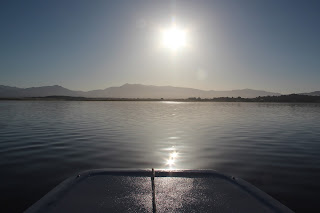 So we set sail across the water towards "Monkey Hill," which used to be "Monkey Island," with Rick as skipper and me as First Mate. Not that I made a good First Mate... 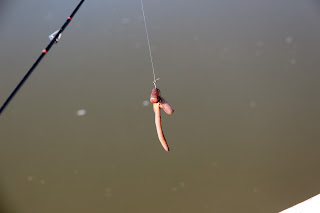 ...Because I refused to touch the worms. I made the Captain bait my hook. 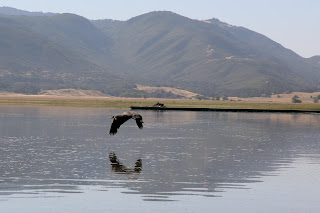 Lake Henshaw is much smaller than it used to be. Turns out, there is a fault that runs underneath the lake. Fearing that an earthquake will flood out the valley, the lake has been drained of much of its previous glory. 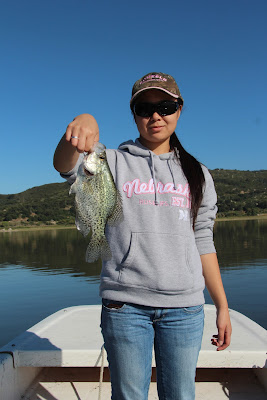 We waited and waited. And waited some more. Finally, after about an hour, I felt my line jerk while trolling with the breeze.
I caught my first crappie! And it was a beauty. Good eating too. 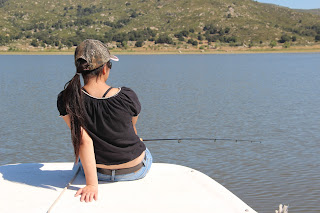 After my first crappie, Rick and I got super excited. Hoping to get lucky again, we sailed up to the dam to do some more drifting. 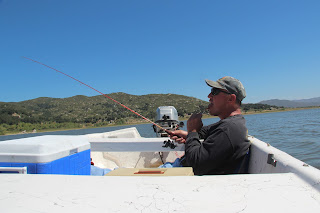 And we waited. And waited. 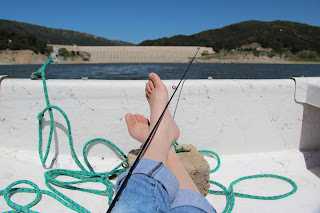 And waited some more. It was blazing hot as we entered the midday doldrums.
Needless to say, I got sunburned pretty badly. My skin is peeling as we speak. Ew? 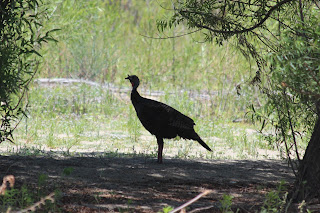 By the shore, we spied a turkey coming down the hill. 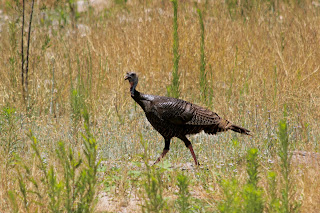 Rick thinks it was a young male, or a "jake." It was pretty exciting for me to see wild turkey here, since I've never seen them before in my life. Too bad it costs so much to hunt this land. The fees to enter Henshaw's hunting club is beyond us. 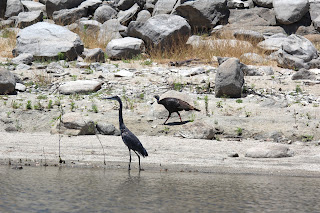 The jake kept strutting along, coming closer and closer to a heron that sunbathed by the water. 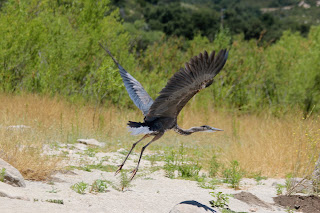 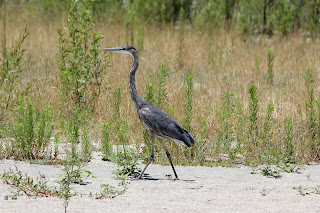 He flew down the shoreline to another spot. 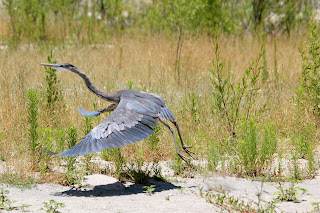 So naturally, we sailed to the heron and committed the same crime the turkey did. Got this cool shot though. 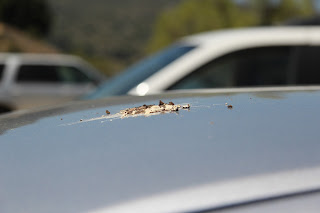 It was passed two and we only had a couple more bites. The second crappie I caught was too small, so we had to throw it back. It was a bummer not to catch as much as we'd hope, but that's fishing for ya. Fishermen and hunters are the most patient people in the world.
And thank you Big Bird for pooping on my car. 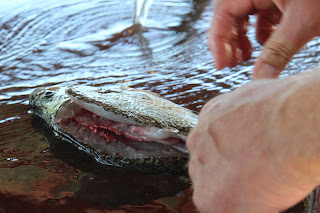 So we took our one lone fish back to clean. We talked to some other guys, and they didn't have much luck either.
Apparently, we were 1 month and 4 days too late. We heard that people were hauling in bales of fish a month ago, and then it just suddenly stopped. 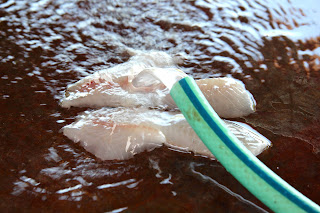 Yum! But at least we came back with something, and we had fun. That's all that matters. Just being outside and enjoying the great weather and fresh air is what matters most. The rest is just icing on the cake, as Rick always says. 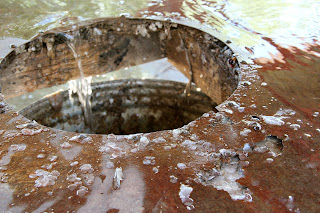 You don't wanna look down that hole. I did, and it was gross!