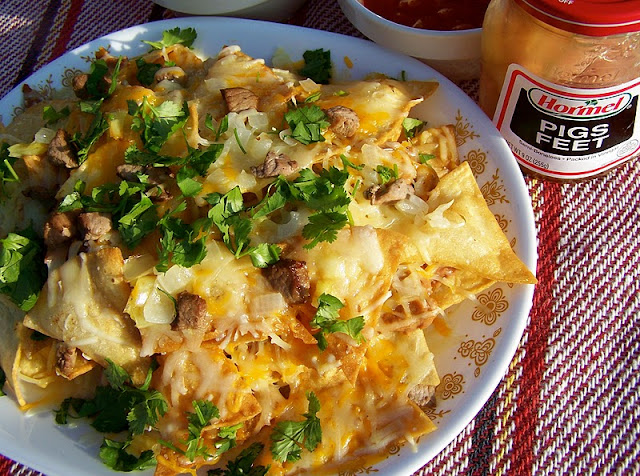 Don't worry. There's no pig's feet in this recipe. We just put it there to freak you out, and because Rick likes them ("Aahh...heaven. Schmack! Schmack! Schmack!"). Here's another one of Rick's Mexican creations: hunters' nachos. He and his sister used to make nachos during their single days at home a lot. He still thinks about it till this day. Well, this is the hunter's version, and it's kicked up a notch and a half. This is the perfect appetizer for lots of hungry, meat-eating, cheese-loving people. :-) 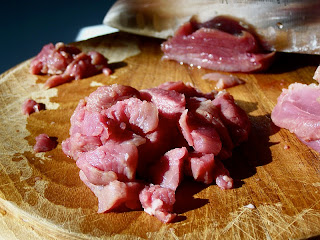 1. Remove all silver skin and fat from venison. Cut into small pieces. Set aside. 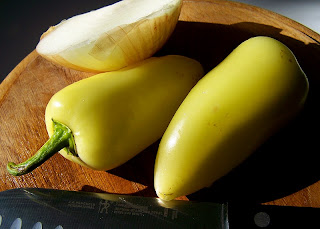 This is what yellow chili peppers look like. Funny that there isn't really a name for them.

Don't worry, they're not really spicy. 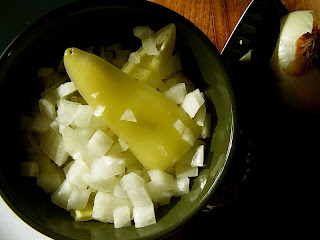 2. Seed and quarter yellow chili peppers, like so. Chop onions, and set aside. 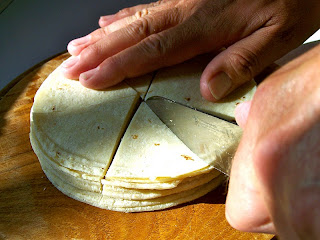 3. Stack 12 tortillas together, and cut into 6ths like a pizza pie. 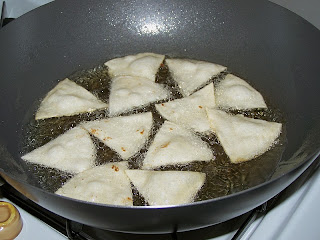 4. Heat 1 inch of vegetable oil in a large wok or pan over medium-high heat. Test if the oil is hot enough by carefully dipping the tip of a tortilla in it. If it sizzles and bubbles, it's ready.


Fry tortillas chips in single layer batches. Take them out when they just start to turn golden. Drain on paper towels. 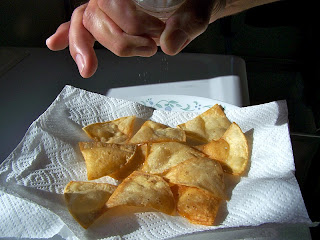 5. Sprinkle kosher salt over each batch of tortillas chips.

Kosher salt is great. You don't have to worry about over salting because the bigger grains allow for better control when sprinkling. Kosher salt also provides a more delicate flavor rather than the bitterness of table salt. When you bite into a chip, you'll experience tiny, little bursts of salty goodness. 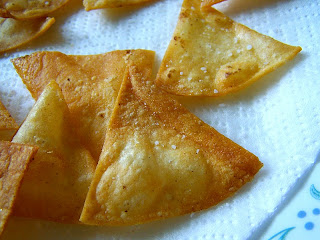 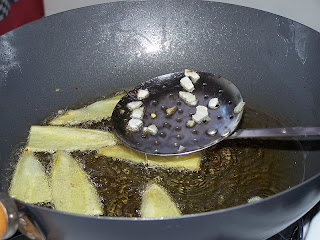 6. In the same oil, carefully place the yellow chili peppers and onions. Remove onions first, when they barely start to turn brown at the edges.

Chili peppers will take a little while longer. Take them out when they start to turn brown. 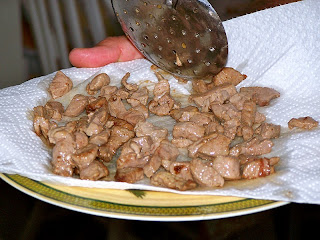 7. In the same oil, VERY CAREFULLY fry venison for 30-45 seconds. It will splatter a lot, so duck.

Don't overcook the venison. The oil is hot so it won't take long to get there. 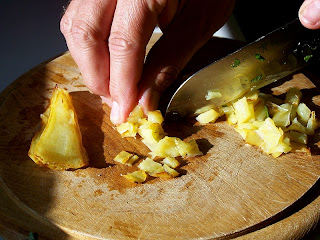 8. Heat up re-fried beans in a small sauce pan to make it easier to work with. Chop cooked yellow chili peppers. Preheat oven to 300 degrees F. 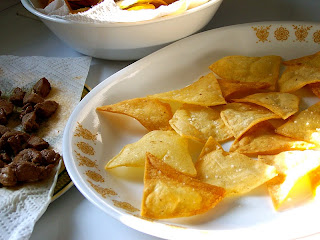 9. Spray a large oven-safe platter or dish with non-stick spray. Lay down one layer of tortilla chips. 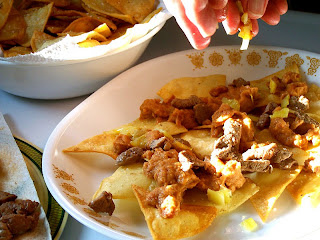 10. Spread beans over the top and then sprinkle some venison, onion, chili peppers and LOTS of cheese. Add another layer of chips and repeat. 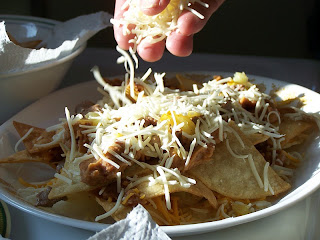 We alternated between monterey and cheddar at each layer. 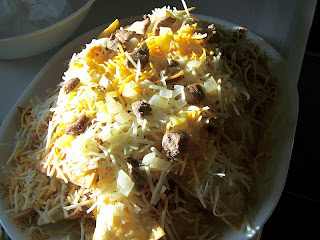 Bake in a 300 degree oven until the cheese melts, about 15 minutes. Sprinkle fresh cilantro on top and serve immediately.

(Enjoying it with pickled pig's feet is completely optional.)

Your hunter friends will love you if you make this for them. :-)