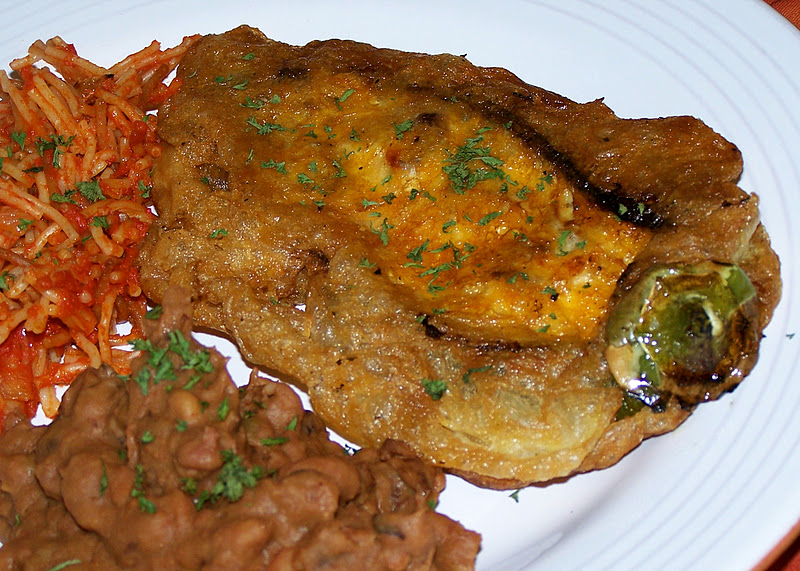 Forget the Taco Bell. This here is REAL Mexican food. Chile rellanos (ray-en-os) or literally "stuffed chiles," is a Mexican dish that originated in the city of Puebla. Traditionally made with poblano peppers, we substituted with the mild Anaheim pepper so that anyone can enjoy it. It is often filled with various Mexican cheeses, dipped in an egg meringue and then fried to perfection so that the outside is crisp and the inside becomes a gooey goodness. Rick's mom used to make it all the time when he was a kid. Like many of our previous Mexican dishes, we've tweaked the recipe to entice the average adventurous hunter. 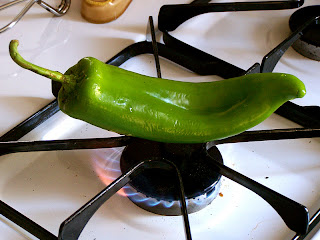 1. Over medium-low heat, directly char chiles over the stove burner, turning so that they blacken evenly on all sides.

Once blackened, put them in a bowl and cover with a towel or a dish for 10 minutes. This will allow the hot chiles to steam, releasing the skin from the flesh. 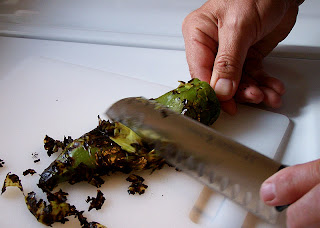 2. After 10 minutes, scrape the charred skin off the chiles. Be careful not to puncture chiles. 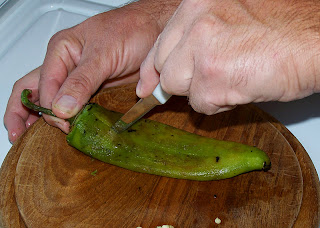 3. With a small knife, carefully cut a slit along the length of the chiles. Be careful not to cut through to the other side. 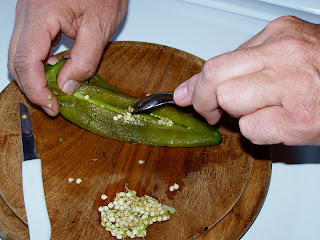 4. Then, scoop out the seeds. Again, treat it like a baby. It's delicate. 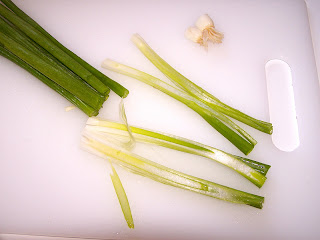 This is how the green onions are supposed to be cut. Discard the green parts and the roots. Cut the white, light green part in half lengthwise. 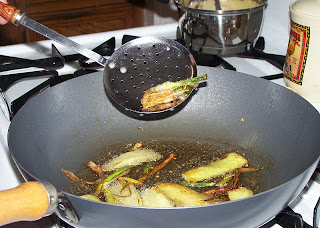 5. Heat about 1/4 inch of manteca (lard) or oil in a medium sized frying pan or wok.

Add the green onion. Once their golden brown, take out and discard.

Don't mind the yellow chiles in there. We fried those up to put in some re-fried beans for a side dish. You can buy canned re-fried beans or make your own here. 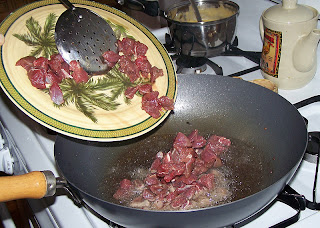 In the same oil, lightly fry the venison for 1-2 minutes. Drain on a paper towel. 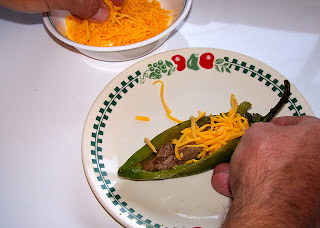 7. Fill the chiles with the fried venison and the shredded cheese. 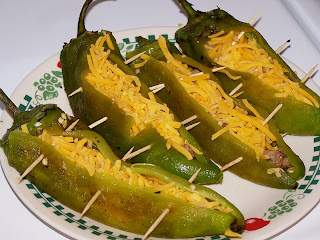 8. Preferably, the chiles shouldn't be overstuffed, like we did here... whoops. Went a little crazy there. It's fine if they are, but it will be a little trickier when you fry them. You'll see.

With toothpicks, pierce through the chiles to keep the opening together. Set aside. 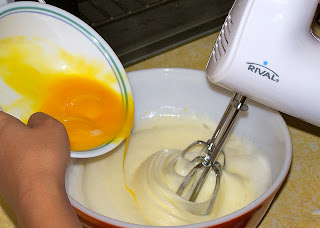 9. To make the meringue, beat 2 egg whites in a bowl until they stiffen into a foam, almost like the viscosity of whipped cream.

Then, slowly add in the yolks and a pinch of salt. Beat to combine. 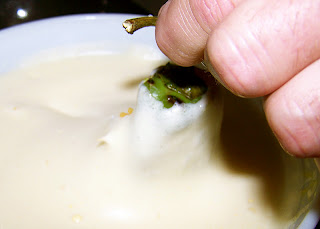 10. Here comes the fun part... carefully, dip the stuffed chiles into the meringue. Watch the stuffing so they don't fall out.

If you over stuff, make sure the cheese part is completely covered in meringue. When you fry, it will immediately create a crust to prevent cheese from oozing out. 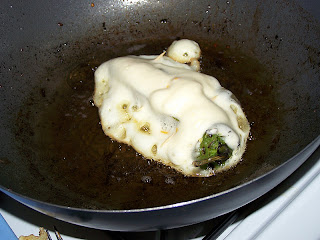 Fry filling side up first. 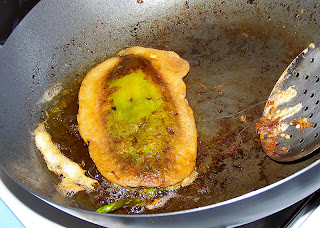 Fry until lightly golden brown and then flip to fry the other side.

Drain on a paper towel. 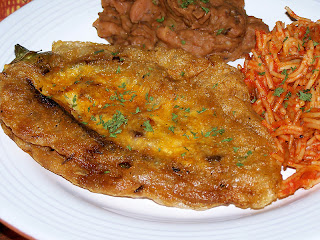 Garnish with fresh cilantro on top. Serve immediately with salsa and your favorite Mexican sides.

Oh yeah. Don't forget to take the toothpicks out. Your dinner guests will appreciate it.