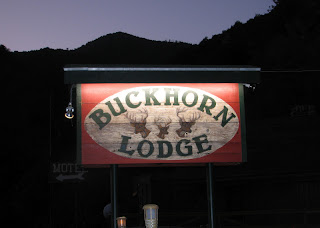 If you're ever in the Mount Baldy area, you gotta go check out the Buckhorn Lodge. With a name like that, how can any hunter resist? After a long hike, we stopped by the Buckhorn to have a hot meal and a few drinks. The place has been running since 1910! It's one of the oldest places still standing in California, and yes, its listed in our history books. 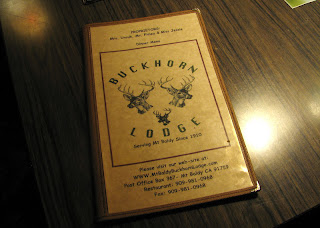 The Buckhorn Lodge is now owned by the charming Mrs. Unruh, the wife of the late California State Treasurer Jesse M. Unruh. She was so nice that she came over to talk to us at our table. She told us the history of the Buckhorn, her love for local mountain friends, and neighbors (whom she considers to all be family) and her passion for entertaining people. We told her about our blog, which intrigued her because she used to go hunting with her husband all the time. 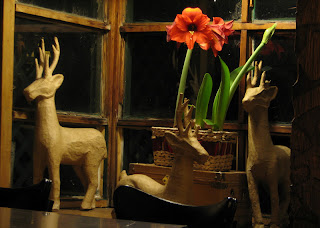 Once you walk into the Buckhorn Lodge, you're immediately struck by its clear sense of history. The wooden chairs, the wooden paneling and the nostalgic bar stools made of metal tractor seats ... most of the architecture and items in the restaurant have been kept original, the way it was long ago. 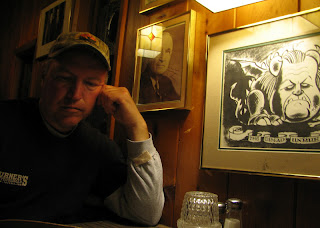 The atmosphere was warm and inviting. Our waitress was super nice and awesome. 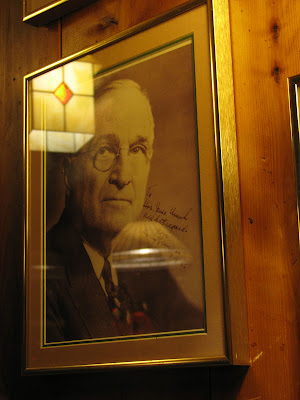 We sat by a portrait of Harry S. Truman, signed to Jess Unruh. 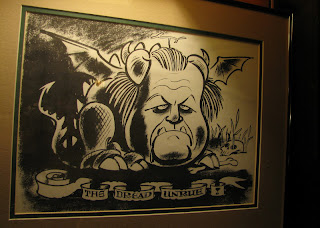 We also sat by this political cartoon, which we didn't quite get. But it was surely unique. 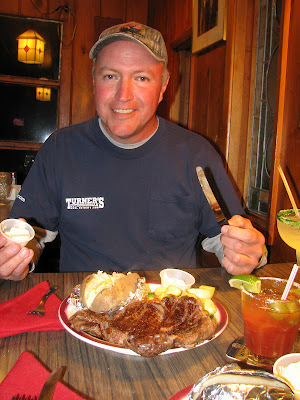 Then it was dinner time! Rick had a big ol' steak. He did pretty good job at finishing it up! 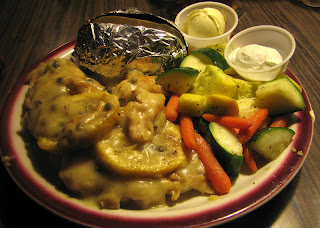 I had the Buckhorn Lodge's famous Chicken Piccata, cooked in capers, lemon and white wine. It was melt in your mouth tender and delicious! I also love me some baked potato.
The portions were HUGE! 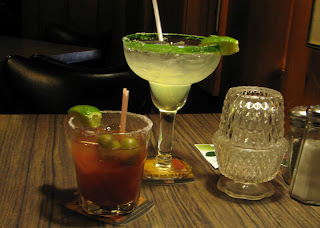 Rick had a couple Margaritas. I had a couple of "Mr. Finley's Famous Bloody Marys". We said we'd only have one each, but Mrs. Unruh brought us another round on the house! That was very kind of her.
Their Bloody Marys were nice and strong, just the way I like it. ;-) 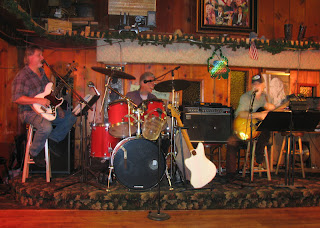 Then Mort Marker and Buckhorn Boys came out to play! Talk to Gary Hill, the drummer. He's quite the character ...


"You'd think he's doing drugs, but the man doesn't even drink!" said Mrs. Unruh. Gary, I'm sure everybody loves you! 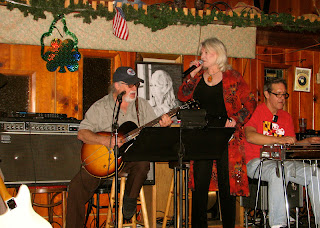 Mrs. Unruh later joined in with the boys. She sang a couple numbers with Mort, mostly classics from Merle Haggard. 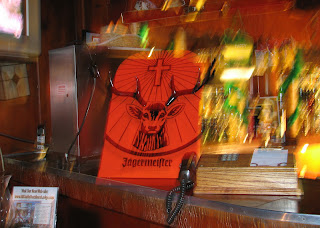 We did exactly what you shouldn't do. Burnt all those calories and hike all those miles, only to gain it all back at the local bar. But ah! We couldn't resist. It was THE Buckhorn Lodge!
Check us out on Facebook!