Fishing with Jim and Mari

Our day started at 4 AM yesterday morning. We drove out to see Jim and Mari, who invited us out to their new home for a morning of bass fishing. Jim is Rick's oldest nephew. They basically grew up together. 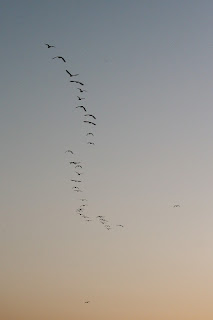 The sun was barely peeping over the hills when we got to the edge of the water. Birds were wide awake, out and about, such as herons, ducks and commarants. It was a beautiful morning. A little crisp... but the air was fresh and we were excited for what the day had in store for us. It was definitely a morning to savor. 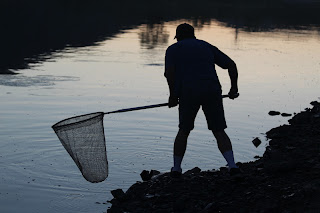 But before we could go fishing, we had to catch some bait-- shad. That's Mike, Jim's friend. We didn't have much luck at this one area. 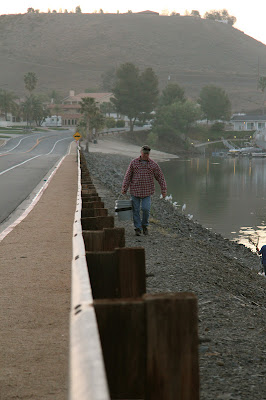 So we crossed the street to catch some shad at another lake. That's Rick with his bucket of bait. 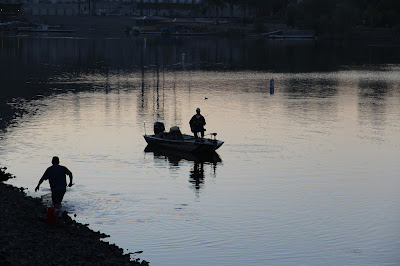 There were other fishermen on the water already. 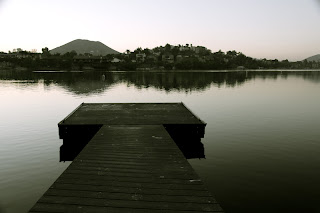 It was so peaceful and quiet. It's always nice to get away. 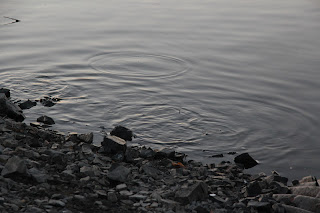 The shad were there, alright. They swam in schools, and always seemed to be a little faster than you could catch them.
We literally ran up and down the edge of the water trying to catch them. 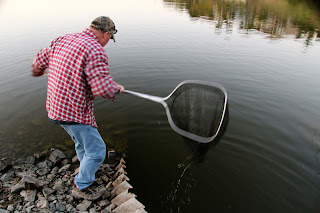 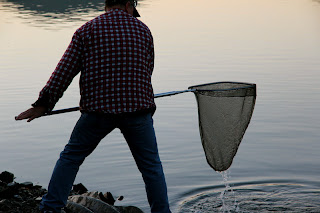 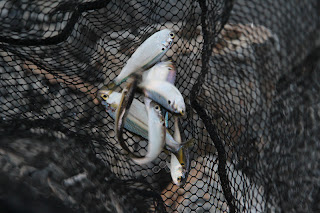 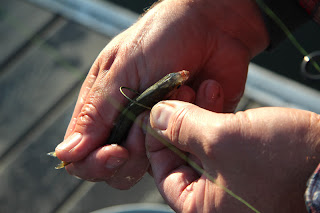 Then, it was time to fish! We baited our hooks by going through their backs. 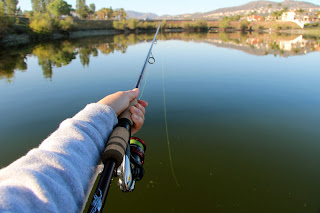 The best bait were the most lively ones. The first bait I had went on and on. He swam all over the lake. 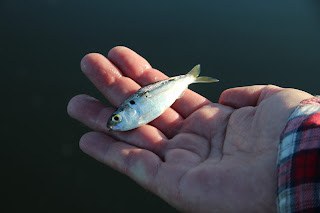 Some were not so good. They died right away, so it was "burial at sea" time for them. 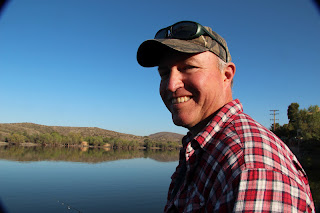 With rod in had, we waited and enjoyed the beautiful day. 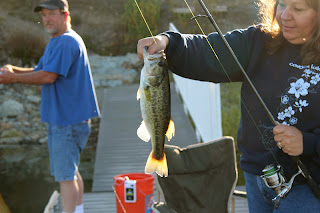 Then finally! Jim's wife Mari got a nice one. She would later get another one, beating us all. 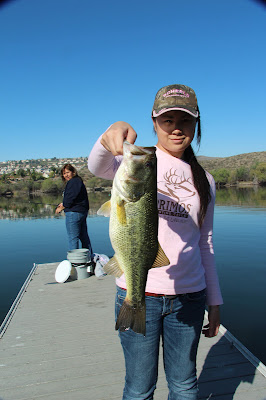 After lots of waiting, I felt my line jerk. I shouted to Rick, and he quickly came over to teach me how to reel my fish in. It was a moment of panic. I'm quite new to fishing, so I didn't understand what he meant with all this fishing lingo. "Set the hook! Set the hook!" he shouted.
"What the heck does that mean??!! Ahhh!"
But I did it! It was my first bass ever. After we let the bass go, Rick hugged me and said I did a good job. :-) 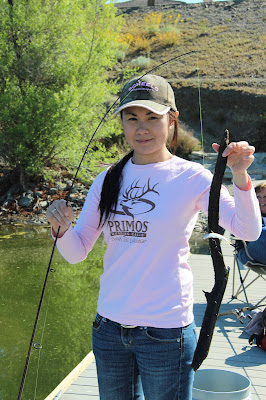 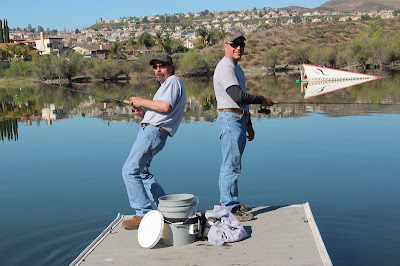 The boys. Jim is to the left and Rick to the right.They got lucky too ... 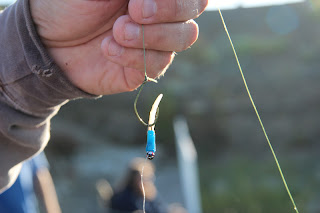 Jim caught onto another hook ... 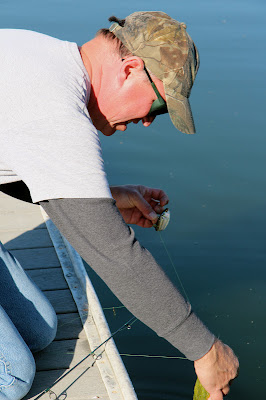 And Rick caught a clump of moss. Better luck next time, boys! 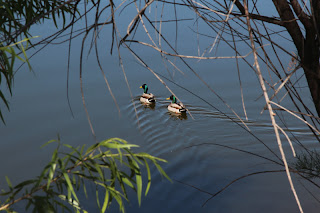 Mari and I spent the rest of the morning enjoying the quiet ... and also teasing our men. They said that they "let" us beat them. Aren't they such gentlemen? 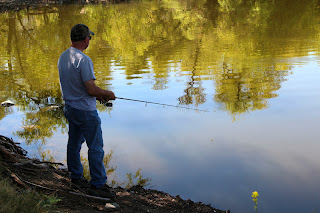 Rick went to another pond to try again. But no cigar. The bass there were guarding nests, so they were careful not to eat. 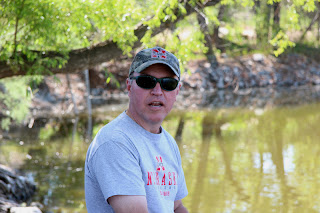 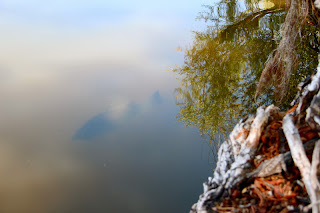 Here is a male largemouth bass, guarding his little babies. It's usually the males who do this. 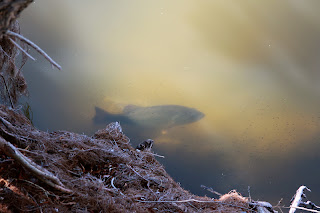 Here's a better photo. See the tiny little fish? I thought they were mosquitoes. 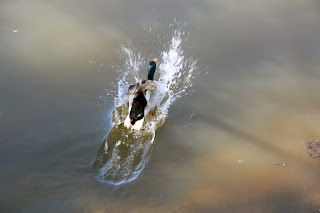 I got too close to this mallard. He didn't like it so I caught him hopping into the water.
Rick and I want to thank Jim and Mari for a lovely Friday morning. We can't wait to go fishing with you both again!
Check us out on Facebook!