Went trap shooting yesterday at the Prado Olympic Shooting Park. It's been a year since the last time we went. We're by no means experts, but it's always fun to powder some clays!
Prado's shotgun field offers trap, skeet, five stand and league. One round consists of 25 clays. $7.00 per round for trap or skeet. $8.00 per round of five-stand. It's a great place to shoot. Prado was home to the 1984 Olympics. 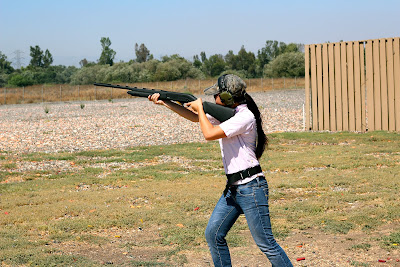 On an unrelated note... here's a comic from EQ Comics. Click to enlarge. :-D 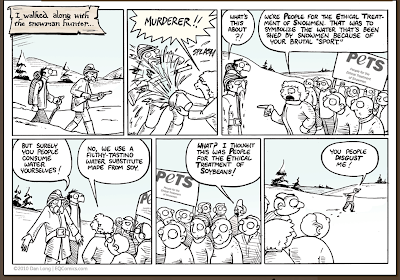